About the Palace Theatre 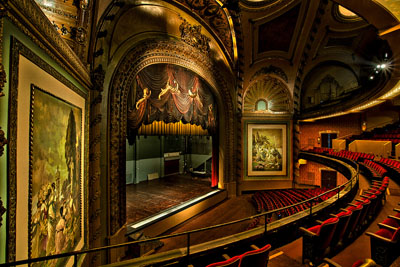 The Palace Theatre, at 630 S Broadway, was built in 1911 as the third Los Angeles home of the Orpheum Vaudeville circuit. It was originally known as the "Orpheum" and is the oldest remaining Orpheum theatre in the country. Renamed the Palace Theatre in 1926, it became a silent movie house and later added sound. The theatre is now ready for a new century of performances and screenings.

To book the Palace Theatre for an event, contact Event Programming at events@btgla.com or by phone at 213-488-2009.

Arrange a site visit today by contacting manager@losangelestheatre.com, or phone (213) 629-2939.

Facts about the Palace Theatre